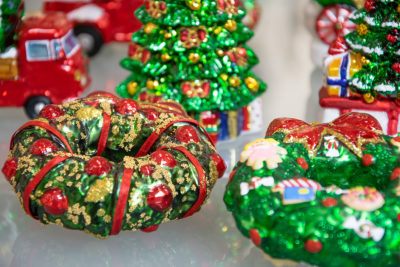 Although IMPULS was founded by Dariusz and Ewa Kowalczyk, the inspiration came to Darek from his dad, or in Polish – his tata, Bonifacy. Back in 1970, Mr. Kowalczyk delighted his young son with the beautiful ornaments he made from glass. Dariusz watched and marveled at how his father, with painstaking care, crafted delicate and artistic creations. In Poland, after the Second World War and during the time of communism, the art and craftsmanship of making blown-glass ornaments was almost wiped-out by the emphasis put on quantity. Yet the love for beautiful things remained, and the artisan’s taste and the craftsman’s pride in quality were still handed on – person to person, or as it was for Dariusz, father to son.

In 1981, after Dariusz succeeded in making Ewa his bride, 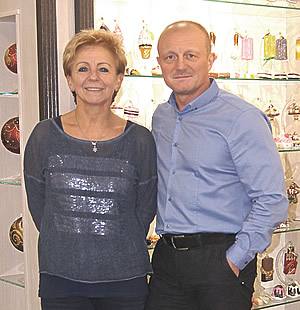 they began to make another dream come true. What they wanted was to have their own place to make the hand-made and blown-glass ornaments which had so charmed Darek as a child. For the next five years, he set about learning every secret which the craft held, and he did this in a wonderfully old-fashioned way.
Dariusz worked with all the best masters, and with them, he learned, step by step, how to do what he had seen his father did. After his apprenticeship, Dariusz earned the official permission necessary for him to set up his own business.In January 1986, when IMPULS began and during those first years, IMPULS was more of a workshop than a

business. With just three others working with them in those early days, Dariusz and Ewa did much of the work themselves.

When communism fell in 1989 IMPULS immediately outgrew the workshop. It was that  growth experience which decided Dariusz to build a factory on his property. At last, all aspects of making the Christmas Magic ornaments were under one roof. However, by 1999, Dariusz and Ewa needed more space for the production of decorations which have continued to grow ever more elaborate and sophisticated. In 2000, Dariusz and Ewa, with a staff of eighty, opened the doors of their new factory building. Yet at the worktables, where IMPULS artisans still create Christmas Magic ornaments one by one, the enchanting atmosphere of a simple workshop remains. 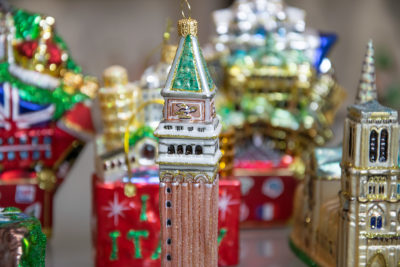